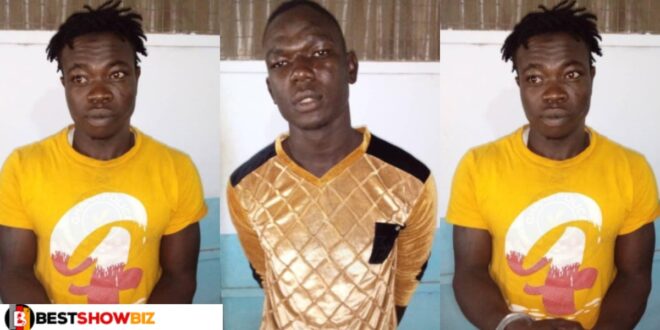 The Ghana Police Service continues to demonstrate to Ghanaians and armed robbers that their recent actions are not to garner a few accolades, but rather to demonstrate that they are truly back to their best.

Following a successful arrest, the police confirmed in communication that two suspected armed robbers from a group of four are in their custody.

While the two, Musdeen Issahaku and Alhassan Musa, were apprehended, one of their accomplices, Osman Seidu, was killed during the arrest.

The fourth suspect, however, eluded capture, and the police are currently on the lookout for him.

The suspects allegedly went on a robbery spree around the Upper West Capital on Saturday, November 13th, at dawn.

During the robbery, they stabbed two of their victims, who were later taken to the hospital for treatment.

The suspects who were apprehended are depicted in the photos below.