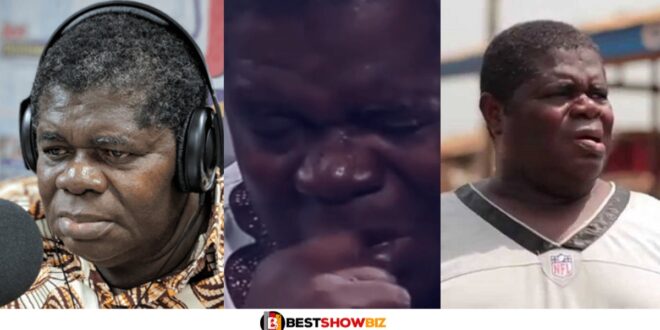 In an audio message sent to media personality MzGee, he stated that people who used to assist him had withdrawn their assistance as a result of Vice President Dr. Bawumia and Greater Accra Regional Minister Henry Quartey’s assistance.

These two leaders previously promised their support for the actor when he revealed that things were difficult for him. Dr. Bawumia promised him GHS 50k, whereas Hon. Henry promised him GHS 1,500 per month till the end of his stay in power.

This came after TT said in an interview that his rent was up and that he was being evicted by his landlord.

It is said in a new recording that he has begun investing with the money he received from Dr. Bawumia, as investment takes time to provide returns.

Psalm Adjetefio said that individuals planned to help him from the United States but immediately changed their minds after hearing that VEEP and regional ministers had promised to provide him with money, but things were difficult for him, which is why he was begging for leftover food.

Listen to the audio player below.