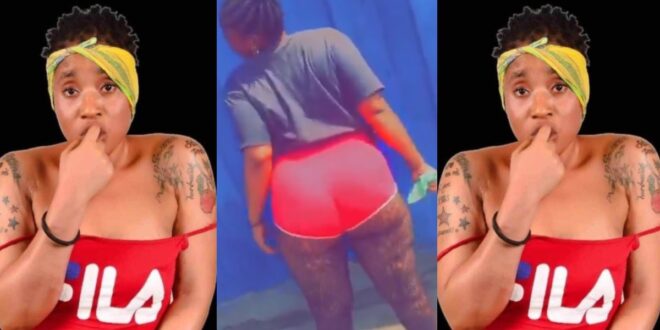 Here is the last video of slay queen, Ama Broni before she died

The last video of popular slay queen, Ama Broni who unfortunately died after twerking [email protected] on stage at a carnival in Accra.

the sudden death of Ama Broni has been making waves on all media platforms.

as we reported earlier, reports from a close friend state that the mother of twins was electrocuted while walking backstage.

well, we have chanced on the last video of Ama Broni before the carnival and her unfortunate death.

she was in the video as we sighted on her seductive moves as she reminds the people of Accra about the carnival.

and unfortunately, she died after given her weirdest performance at the carnival.