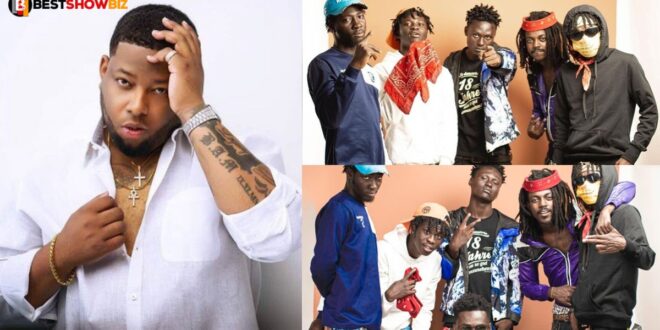 Desmond Kwesi Blackmore, better known as D Black, has expressed worry about the division among Kumerican rappers and singers while also appreciating their hard work.

In an interview with Tony Best on Akoma FM, D Black said that although the current generation of Kumerica musicians are doing well with their skills, they are lacking something that would bring them together as a community.

D Black’s argued they lack the inclination that would bind them together as a single people to work together.

Ghanaian rappers and businessman continued that in order to be successful in the entertainment business, all performers in the creative field must have the support of their peers.

Rather than seeking each other’s assistance, he believes that all of Kumerica’s artists are doing their own thing, rather than cooperating with one another.

His comments are most likely in reaction to the revelation that Yaw Tog has quit the Asakaa Boys after refusing to sign a record label contract with them, which was reported earlier. This followed the discovery that Yaw Tog had deleted the Asakaa Boys’ lines from his hit track “Sore” during the remix with Stormzy, a British rapper, during the production of the song.