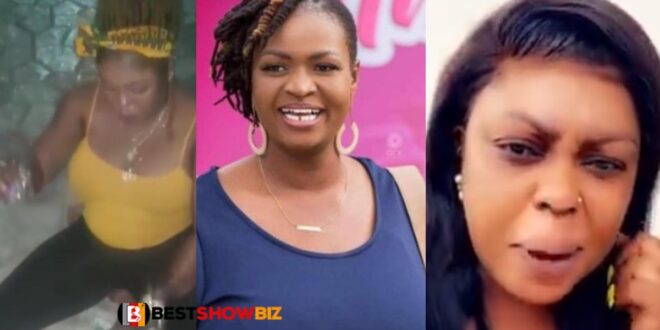 Afia Schwarzenegger has retaliated against Ayisha Modi after her latest allegations leveled against her.

In response to these allegations, Afia Schwarzenegger began with obscenities, cursing everybody who had lied about her and her daughter and telling them they begged.

She further stated that she would never approach Rev. Obofour for money since he does not pay women he sleeps with more than GHC 1,000.