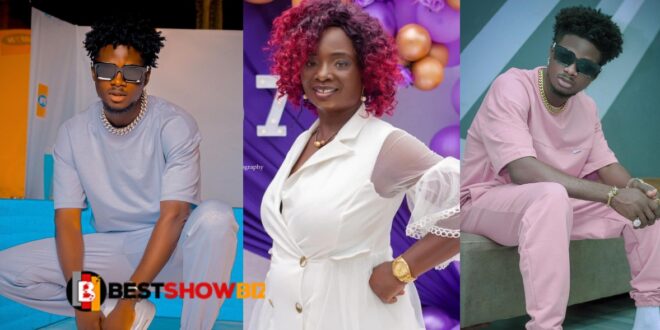 Juliana Marfo, Eugene’s mother, became a year older today, August 24, and he chose to celebrate by posting beautiful photos of her.

Mrs. Marfo was clad in a white gown with lace trimmings, red hair, and a gold-plated wristwatch, necklace, and bracelet to complete her ensemble in the photos.

Eugene’s mother was smiling as she snapped the photo, looking joyful. A colorful bouquet of balloons greeted her from behind. The inscription 57 was written on the bouquet.

Kuami Eugene sent an emotional letter to his mother alongside the photographs, noting that while he could not repay his mother for everything she had done for him, he had more than enough love for her.

“I remember telling You, I promise your struggle to make me a better man will never go in vain. And things are not going to stay the same. I can’t pay you for the sacrifice, so all I have I give to you. Love you Mama Happy Birthday Queen Juliana Marfo.”

see the photos below; swipe for more…