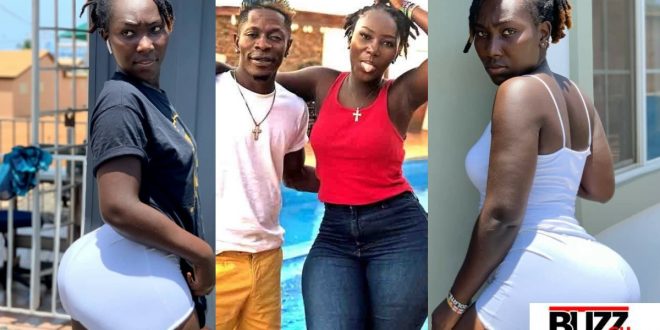 Popular Reggae and Dancehall musician Shatta Wale seems to have finally found love after his long breakup with Shatta Michy.

Shatta Wale has been spotted cruising around with a lady who looks like the late Ebony Reigns in his car.

the lady is identified as Choquolate and from reports she is an upcoming dancehall singer.

Shatta and Choquolate were spotted having a good time together in the car as the jam to one of Lumba’s popular songs.

Shatta in the video as we sighted disclosed that they are coring to buy an ice creem.

Choquolate is a beautiful lady with massive curves and hips.

Read Also  Rev Obofour Sold An Apple To Me For GH¢500.00 As Direction - Woman reveals

here is the video and her photos; swipe left for more…