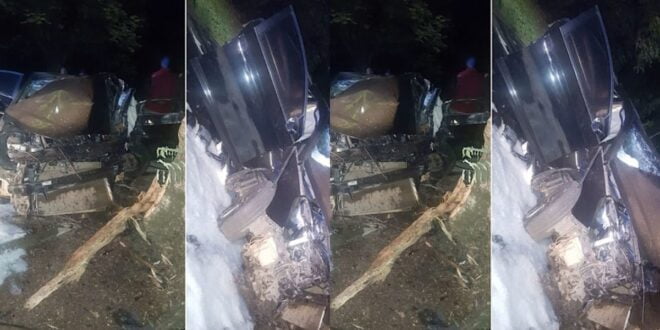 The Kwame Nkrumah University of Science and Technology has been rocked by yet another tragic event, with two of its students crushed to death on campus and three others in critical condition.

According to campus sources, the tragic event occurred in the early hours of Saturday, March 27th, 2021.

One of the occupants in critical condition has been admitted to the Komfo Anokye Teaching Hospital, while two others are being treated at the KNUST hospital, according to the Ghana Police Service’s Motor Traffic and Transport Department.

According to the police, four of the five passengers in the car were KNUST students, while the fifth was a University of Ghana resident.

The three students who survived the crash but were wounded were admitted to the hospital straight away.

Other investigations also revealed that the vehicle’s driver was trying to navigate a sharp bend when he collided with a massive tree.