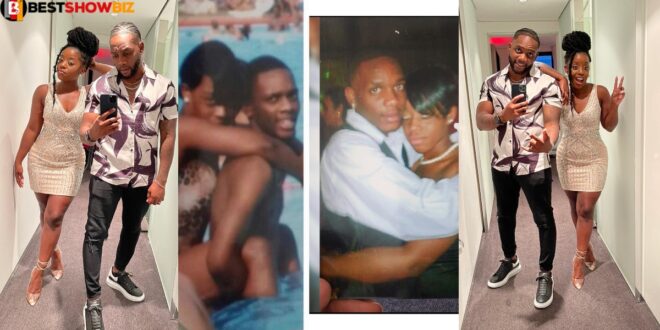 After 18 years, this couple still together after meeting at age 12.

Despite meeting when they were 12 years old, a gorgeous guy and his lovely girlfriend have claimed that they are still together after almost two decades of dating.

With the use of their social media account, @familykabs, the couple revealed that they’ve been together for 18 years and are still completely in love with each other.

They further added credibility to the tale by providing four photos, two of which depicted them being loved up many years ago and two of which revealed their present appearances.

“They captioned the photos; “Long story short! We met when we were 12 and we’re still riding TILL THIS DAY! *Deontay Wilder voice* lol”