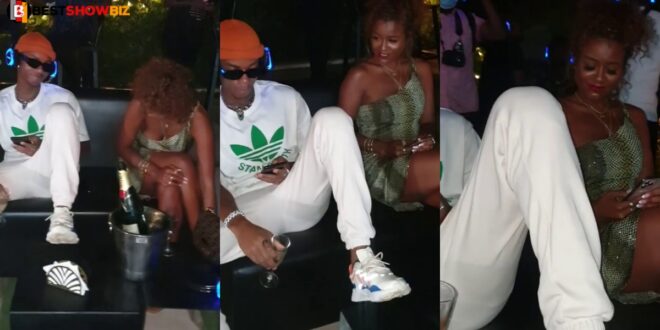 Dennis Nana Dwamena, professionally known as KiDi, a Lynx Entertainment signed act and composer, has been caught vibing publicly with a lovely lady rumored to be his girlfriend.

KiDi is the sort to keep his personal life secret, which is why when this video of him having a good time with this lady whose identity has yet to be revealed went viral, it piqued people’s interest.

He was spotted sitting close to her with a glass of champagne in his hand, and she appeared to be making amusing remarks, which made KiDi giggle.