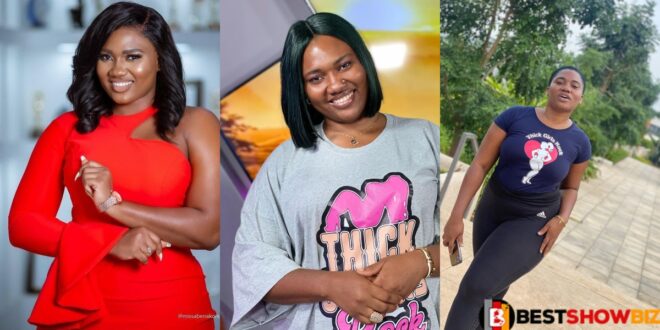 Abena Korkor speaks on how her naked pictures surfaced in 2015

-Abena Korkor made headlines in 2015 when some of her obscene photos and videos went viral. -She has admitted to being bipolar and has been in the press for naming several well-known men with whom she had an affair. Abena Korkor was fired from her position as a host on Tv3 due to photos she posted on Instagram.

Abena Korkor has uploaded a new live video in which she recounts how her life began and how her private photos ended up on the internet six years ago.

Miss Korkor said she was a bipolar student at the time and that things always go wrong when she has a relapse in a live Instagram video.

When she had a relapse, she described how she would stay up all night studying and how she was obsessed with buying lingerie and other sex devices.

She identified Bernard Poku, a Kumasi resident, as the man she had actually loved. Despite the fact that Bernard was married, she did not seem to mind because their connection was so deep.

Abena Korkor, as she has in the past, named Giovani Elolo Caleb as one of the people with whom she has a thing because she admires University of Ghana students.

She said that she was a student at University of Ghana before going to University of Cape Coast to study biological science, but had to quit out after being detained in America for trafficking heroin worth $45,000 at the time.