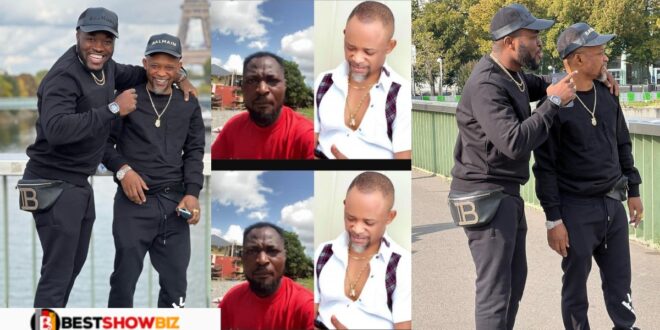 Funny Face, an actor, and comedian has slammed Fadda Dickson, Bola Ray, and Emmanuel Adebayor, all of whom have aided him in the past.

Funny Face insulted these high-profile figures in a video posted on social media, using some unprintable words on them.

The allegedly depressed actor singled out Fadda Dickson and his mother on social media, completely disrespecting him.

Fadda Dickson, according to Funny Face, has abandoned him, and this has enraged him.

He also went after Bola Ray and Emmanuel Adebayor, both of whom he had previously praised for their generosity towards him.

Because of the respect shown to the people he has disrespected, Funny Face’s actions have caused a stir on social media.

Kennedy Osei, the General Manager of Despite Media Group, has shared photos of Fadda Dickson talking about his good heart and generosity in response to the video.

‘Man with a heart of Gold. HAPPY SUNDAY #GODFIRST‘