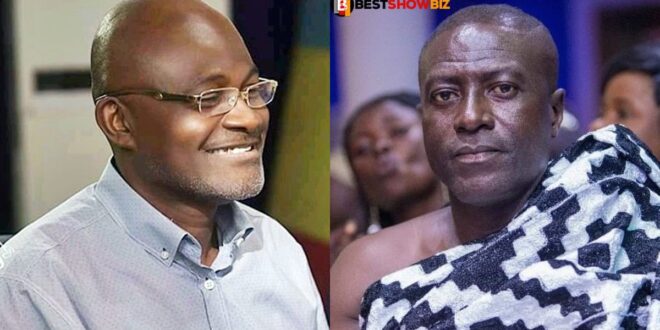 Captain Smart has finally responded to all the allegations leveled at him by the MP for Assin Central Kennedy Agyapong.

The loudmouth Politician in past weeks labeled captain smart as corrupt and that he is not a man of his words.

It Appears Smart has had enough of the accusations and has vowed to also be on the neck of Kennedy Agyapong.

Ghanaian journalist Captain Smart has slammed Assin Central MP Kennedy Agyapong for his threats, blackmails, and intimidations against him and other media workers.

Recall that two months ago, the lawmaker accused the former Adom and Angel FM broadcaster of owing him Ghc10,000 for 14 air conditioners he borrowed in 2018.

Kennedy Agyapong also accused Captain Smart of scamming a woman by sending her a bad cheque for chairs he bought from her.

Captain Smart has finally responded to Mr. Agyapong’s silly remarks, promising to match him boot for boot from now on.

He added that he had been silent over Mr. Agyapong’s prior statements because he mistakenly believed the MP was fighting for the average Ghanaian.