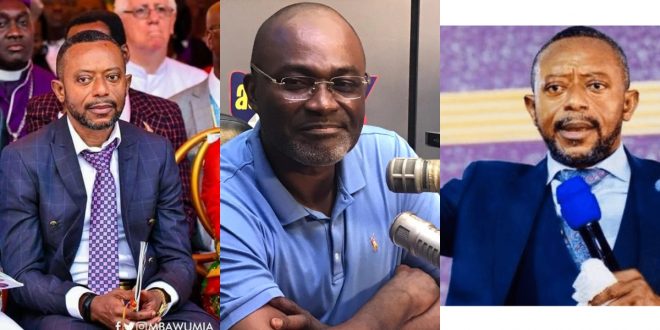 The Member of Parliament for Assin central, Hon. Kennedy Agyapong has disclosed why his expose’ on fake pastors has not covered the popular prophet, Owusu Bemper.

Yesterday, in a two-hour interview on Asempa Fm’s ‘Ekosii Sen’ Program which was hosted by Osei Bonsu, the outspoken lawmaker stated that the Prophet is one of the very genuine men of God in this country.

According to Kennedy Agyapong, he has launched numerous investigations at Owusu Bemper but all the time the man of God comes out clean as he gets nothing negative about his works.

“I have not attacked Rev. Owusu-Bempah because he is not a fake pastor. All the information I have on him proves that he is a true man of God,” said Kennedy Agyapong.

Kennedy Agyapong also revealed how some Pastors personally confessed to him that they dragged Owusu Bempah to a fetish priest to destroy, yet were turned away by the fetish priest because the man was genuine.