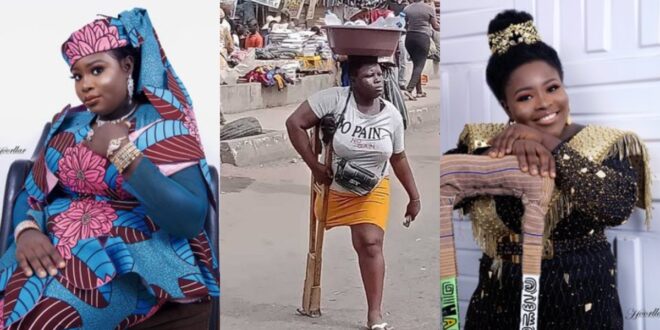 See how money has transformed the amputee water seller who went viral.

Remember how an amputee hawker named Mary Daniels went viral on social media a few weeks ago after she was seen selling clear water amid her disabilities?

Her deed reached many people’s souls, prompting philanthropists to come to her rescue.

In only a few days, 14 million Naira had been collected for the determined woman who refused to allow her illness hold her back.

The Lagos State Government then announced last week that it had taken over the welfare of the hawker, who is also a single mother.

It was also announced that she has been given temporary shelter by the state government.

She has turned into a rare beauty in a series of photoshoots to commemorate her 27th birthday today.

The transition has sparked a lot of discussion on social media.

Have a look at some of the images below.