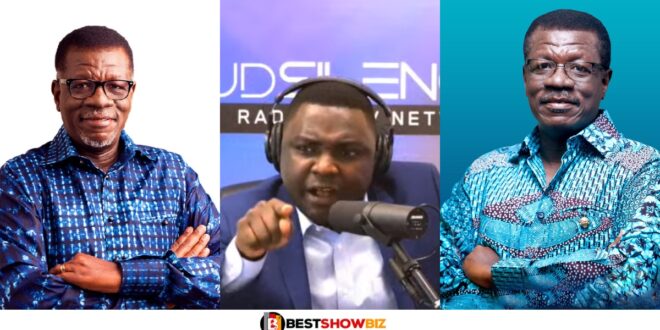 Kelvin Ekow Taylor, a media representative has made substantial claims against one of Ghana’s most well-known ministers of God, Pastor Mensah Otabil.

According to Kelvin Taylor, the 31st Night is the most popular day for Christians to confess their sins, therefore he challenges Pastor Mensah Otabil to do the same tonight in front of his congregation.

Pastor Mensah Otabil has been accused by Kelvin Taylor of issuing directions to the bank’s board of directors that caused his Capital Bank to collapse.

According to Kelvin Taylor, his team will pay a visit to Mensah Otabil’s church tonight to hear him repent to God about his role in the collapse of the Capital Bank.