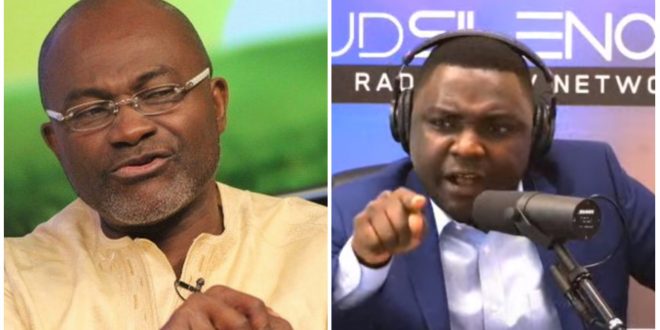 It appears the fight between Outspoken social media commentator, Kevin Ekow Baidoo and maverick politician, Kennedy Agyapong is very far from over as day in day out they keep firing shots at each other.

This time Kelvin Tailor has described Kennedy Agyapong as filthy and stinking. He also hammered on him being foolish and compared him to a lower class animal based on how he has given birth.

Kelvin Tailor released this new video to respond to Kenndy Agyapong for insulting his dad.