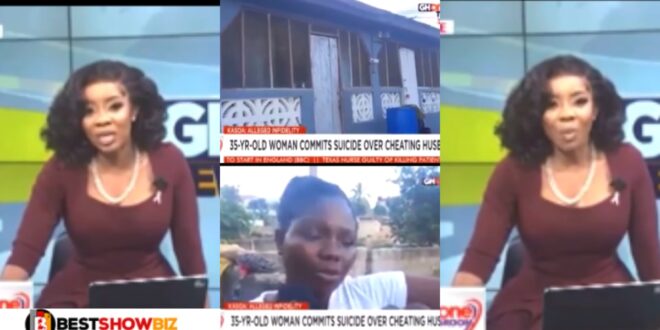 After learning that her husband was having an extramarital affair, a 35-year-old woman took her own life.

The incident occurred in Kasoa, an Accra suburb, according to a report by Ghone’s Serwaa Amihere.

She went on to say that the mother of two had previously warned her husband to stop cheating on her, but that he had refused to listen.

The woman, unable to bear her husband’s extramarital affairs any longer, took her own life, abandoning her two children.

In the meantime, the Kasoa police station is conducting an investigation into the incident, and the husband has been informed of the unfortunate occurrences.