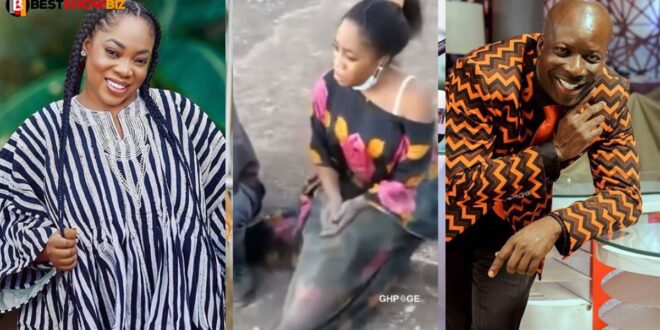 Many things have been reported regarding Moesha Boduong’s unexpected repentance and subsequent suicide attempt. But what precisely is the issue with Accra’s erstwhile infamous Slay Queen?

Nicholas Osei, also known as Prophet Kumchacha, the founder and leader of Heaven’s Gate Ministries, has weighed in on the ongoing debate and given his thoughts.

In an interview with GhPage TV, he suggested that Moesha Boduong’s new Christian life could be due to only two factors.

Kumchacha claimed that she may have gone after wealth through devious means, which has backfired, or that she may have had an encounter with a man who possessed an evil spirit, the consequences of which are now being played out.

“It’s not every man that is human, some are spirits and you’d be possessed after sleeping with them,” he said.

“Evil spirit is tormenting Moesha Boduong that is why she wanted to commit suicide and going through all forms of frustrations …I am sure she has seen something scary after her experience with a man who is not a human being. Or maybe she has gone to seek wealth from an evil place and the repercussions are driving her crazy.”