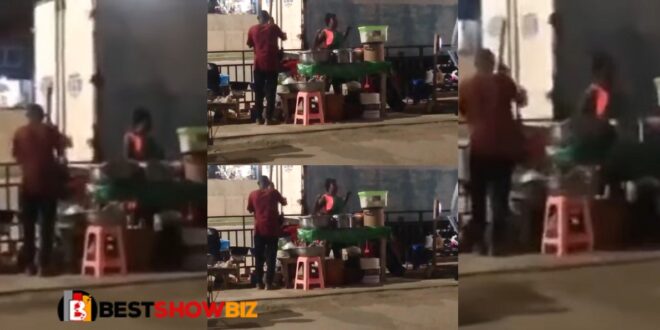 Just In: Police arrests Father and daughter of Fufu seller at Pokuase interchange

Reports reaching us indicate that the two people in the viral video operating a chop bar at the recently opened Pokuase interchange have been arrested.

The two are 32-year-old Comfort Dartey and her 60-year-old father, Kwame Addo, according to a Citi News story.

“There are two persons who have been arrested and brought to the regional command. The two persons are a father and a daughter, and they were arrested in connection with a chop bar being operated by these two persons,”