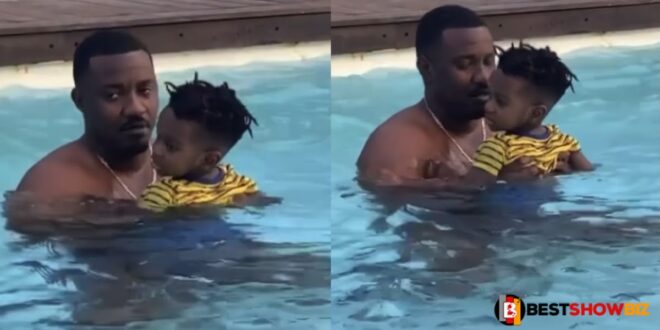 John Junior, the son of actor and politician John Dumelo, has made his first public appearance in a long time, appearing all grown up and tall.

Many people may be shocked to learn that John, like Shatta Wale’s kid, Majesty, has dreadlocks.

John Junior is seen at the poolside with his father and several pals in a new video spotted by Bestshowbiz.com.

Fred Nuamah, a friend and fellow actor of Dumelo’s, is seen swimming with John Jnr in the pool.

The kid eventually turned back to his father, who was full of smiles and confidence, and his expression indicated that he was enjoying himself.