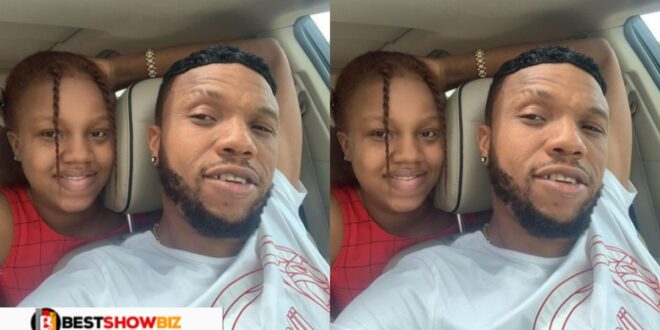 The moment Nollywood actor Charles Okocha fought a man with whom he spotted his daughter is captured in a video circulating on social media.

Upon noticing his daughter in the car with a man, he is said to have become furious and pulled her out of the car.

According to reports, the actor was informed that the man and his daughter wanted to jazz her up during their outing.

In the viral video, Charles Okocha is seen raging and running around making angry scenes, vowing to deal with the man.

He went straight into the man’s car to pull out her daughter and run to grab a shovel and start smashing the man’s car glass into pieces while he was enraged.

Read Also  Man comm!ts su!cide writes in su!cide note that his phone should be given to sandra his girlfriend