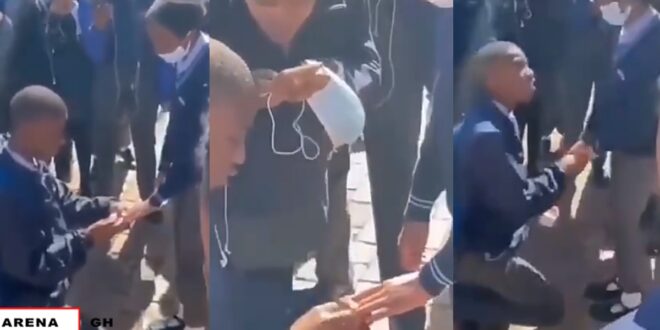 A group of junior secondary students from a South African school were videoed in a romantic atmosphere, which has received a lot of attention on social media.

According to social media accounts, the young couple had just finished their final exam for the term when the young boy decided to propose to his girlfriend at school.

The young boy got down on his knees to propose to his girlfriend after clearly watching so many telenovela and romantic movies.

As they observed the intriguing scene, their ecstatic mates swarmed around them, while others cheered them on. In the middle of this, the boy took a ring from his pocket and put it on the girl’s finger.

Love is, without a doubt, a strong force. See the video below to learn more.