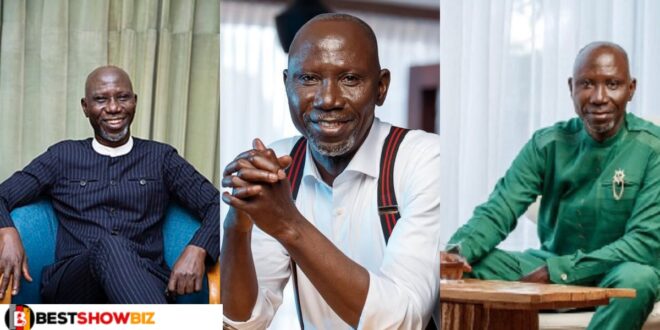 Uncle Ebo Whyte, a Ghanaian playwright, has come out to make an extremely shocking statement about the difference between having a son and having a daughter.

While appearing on TV3’s NewDay show, Uncle Ebo Whyte stated that having a daughter is far superior to having a son because women are more capable of considering the needs of their families.

According to him, he has always held the belief that a woman’s primary concern should be providing for her family and ensuring that they are happy and in good health.

He went on to say that, aside from having a daughter who is sweer, they never leave home and always make sure their parents are well taken care of throughout their lives, regardless of whether they have the financial means to do so. They’re paying close attention.

” I have always told my children which I adopted that if am to choose my children again I would choose a daughter over a son, any day. Because daughters apart from being sweer, they never leave home.