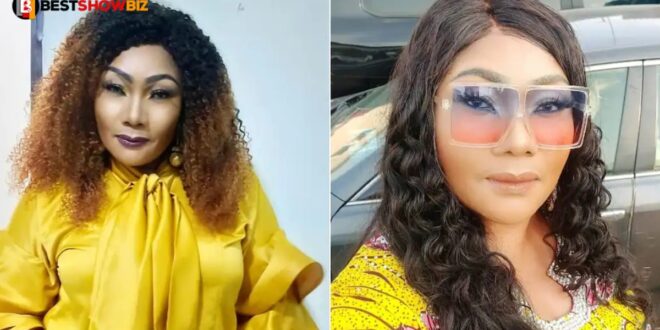 Eucharia Anunobi’s marriage to Charles Ekwu was terminated in 2006 after six years of marriage. Raymond Ekwu, the union’s sole child, died at the age of 15 from problems linked with sickle cell anemia.

In an interview with Legit.ng’s Maryjane Eze, the actress discussed her need for a guy in her life.

“I would want to get married again. Sure. I’m looking forward to getting married. And I surely believe it will happen at the fullness of time because God has already said that it is not good for a man to be alone. So, I am looking for a husband. I’m single. If you have anybody who loves me or likes me and feels that I’m the woman of their dreams, please bring them to me.”

Eucharia Anunobi makes a list of qualities she seeks in a partner:

“The Bible said, do not be unequally yoked with the unbelievers and darkness cannot mix with light which invariably can be interpreted. You cannot be someone who likes music and wanting to be with someone who doesn’t like music, it will not work. So, surely, I’m also looking for such things that have to do with complementing each other. “As I am an academician, I surely would also want someone educated and enlightened.

Eucharia discusses how she balances her job and her faith:

The actress stated that she is open to doing parts that may not always align with her religious convictions.

She stated she would perform in any part that preaches the message of unity and informs the public, despite the fact that her work as an actor is a professional occupation.

Eucharia, on the other hand, stated that she would refuse assignments that required her to display her private parts.

In terms of the factors that influence the jobs she accepts, she says: