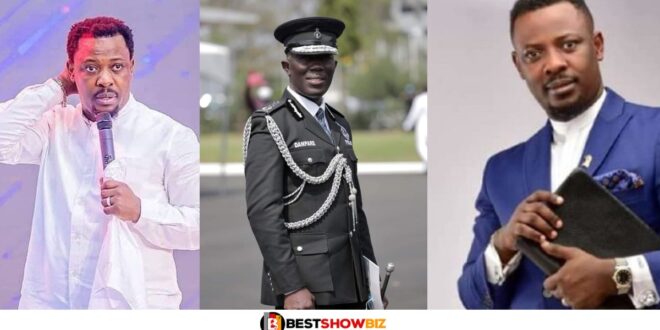 Prophetic Hill Chapel’s Head pastor, Nigel Gaisie has stated that he will deliver his prophecies on the 31st night regardless of the consequences warned by the Ghana Police service.

The Ghana Police Service has issued a warning to Prophets ahead of Friday night, under the supervision of IGP George Akuffo Dampare. The police made it clear in the statement that airing claims intended to instill fear and panic into people is illegal and the law would take on anyone who does that.

An official statement issued by Supt. Alexander Kwaku Obeng says anyone who publishes false information that has the potential to harm lives is guilty of a felony.

In response to the police warning against the dissemination of death prophecies, Nigel Gaisie says he is not a coward and would not be frightened.

“I read in somewhere that you have to bring material evidence whether the prophecy. Who has ever dreamt and have material evidence of your dream. The greater component of prophecy is a dream. What they are saying doesn’t wash but for me, we will have away.

“We will cross, I will prophesy in all confidence, there will not be any shadow on that, I will speak the mind of God. Personally, I am not one of the cowards, I have been called by God, I have an assignment and whoever is coming after the church is making a big mistake,” he told TV3 in an interview.

Read Also  6 ladies storm the wedding of a man they are all dating to cause confusion.
Share