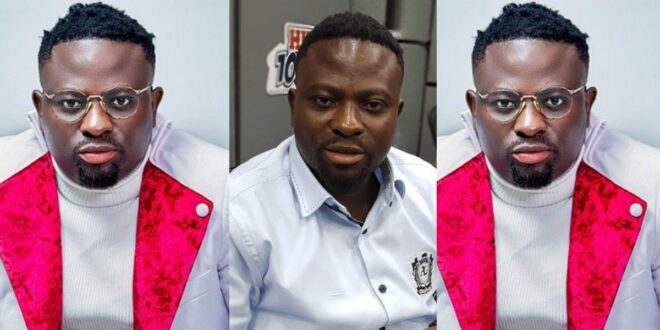 ‘Only Ugly people gossip about others’- Brother Sammy

Brother Sammy, the finest Ghanaian gospel singer, has said that people with ugly faces enjoy backbiting.
In an interview with Kofi Adoma that was tracked by bestshowbiz.com, he made this revelation.

Nobody would say something bad to their neighbor if he or she has a pretty face and clean teeth, according to him.

He went on to say that it is because of people like this that he launched his album “Efri Hen” a few years ago.

Brother Sammy said that he does not understand why a neighbor will talk ill of a colleague who has been fired.

Meanwhile, he revealed in the interview that having sex before marriage prevents divorce in relationships, and he advises others to do so.