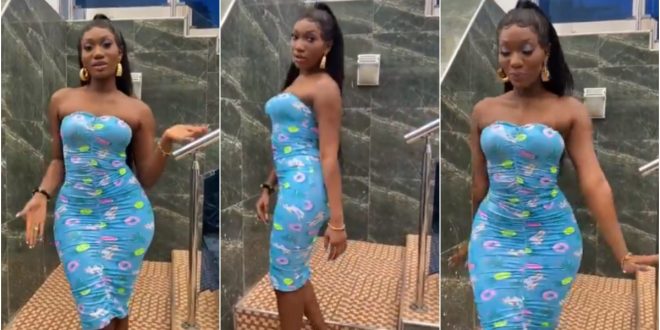 I Would not sit and watch people disrespect me”- Wendy Shay

Singer wendy shay after just one year of being in the music industry have become a household name, winning awards and providing hit songs back to back.

Wendy shay has narrated how hard It is for her a female in a male-dominated industry in an interview with Amansan Krakye on GBC Radio Central.

Wendy disclosed that people tend to take her for granted and that is because she stand up for the other females in the industry.

She, however, revealed that she would not sit down and watch his brand been tainted by some critics.

“But if you look at our music industry it is male-dominated so if you’re a female artist who is doing very well and like Shatta Wale described me as man woman because I won’t sit down and allow anyone to disrespect my Wendy Shay good brand.”

“I know what has been put into the brand to get to this level so I won’t sit aloof and watch someone drag my brand into the mud.” Wendy Shay told Amansan Krakye on GBC Radio Central.