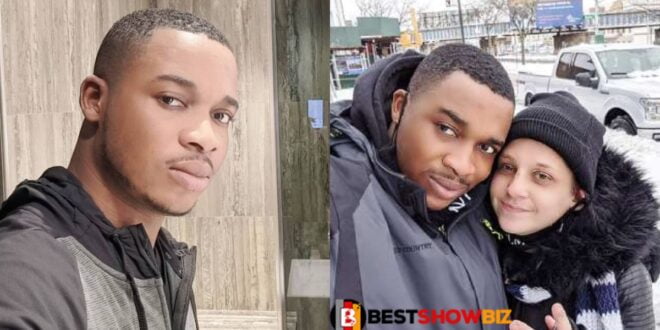 -Twene Jonas claimed in a recent live broadcast that Ghana is growing more difficult every day.

-He accused leadership for suffocating the youth’s financial progress. In contrast to Ghana, the “Glass Nkoaa” guy claims that America offers great chances.

Twene Jonas, an outspoken social commentator, has stated that if he had been in Ghana, he would have died of starvation and depression.

His reason for saying this was that, in comparison to other countries, Ghanaian politicians do not emphasize the welfare of the people.

Twene Jonas, speaking on national concerns, noted that while the weather in America is not conducive to farming, they have enough food to feed everyone, including immigrants, yet Ghana continues to struggle to feed its citizens.

He urged religious, political, and traditional authorities to avoid corruption and to repair the country so that residents might live the lifestyles they desire.