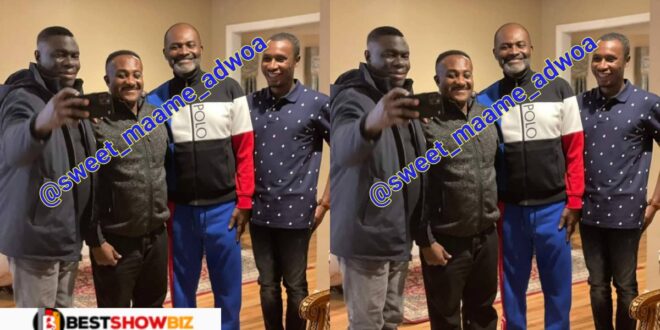 Kennedy Ohene Agyapong, a loudmouth politician, has been missing in action for several months after announcing that he was going to the United States of America for treatment.

There have been wild rumors recently that the politician is suffering from a stroke and is receiving treatment in the United States.

Afia Schwarzenegger and actress Nana Ama McBrown both shared his photo on social media yesterday, urging people to pray for him during this difficult time.

NET 2, the politician’s television station, has responded to claims that their CEO is suffering from a stroke.

Yesterday, host Justice Kweku Annan of the “The Seat” show showed some photos of the politician with some people in the United States.

Read Also  "I will gladly give my 6 month salary to build a factory, but won't donate a pesewa to National cathedral"- Vim lady

As he posed for the photo, the politician appeared to be in good health and beaming with a smile.

After showing some photos and videos of the politician, Justice Annan stated that he (Kennedy) is aware of the calls from Ghanaians, but he wants to assure them that he will return soon to continue his good work.

see photo and video below;