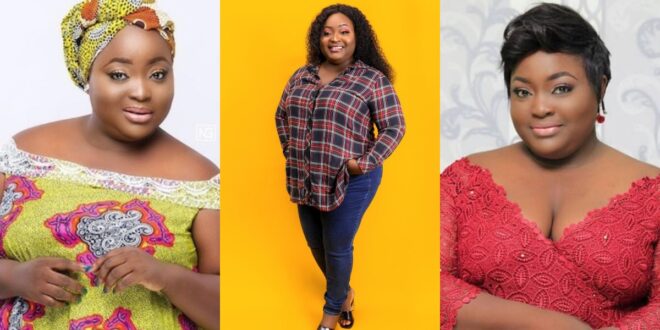 Roselyn Ngissah, a multi-award-winning Ghanaian star, has made a stunning announcement about her illustrious career in the Ghanaian film industry.

Roselyn Ngissah claims that she was repeatedly refused at auditions due to her body size before breaking into the Ghanaian film industry.

Roselyn Ngissah told Naa Ashorkor on Asaase Radio’s Between Hours that her big break came after she starred in the film “4 PLAY,” where she was cast as one of the main characters.

“It was incredibly difficult for me to enter into the industry as a plus-size model and it was more like a particular style, a particular size at the time. If you see me in a movie, it’s usually as a doctor or a CID officer. Before the film ‘4 PLAY,’ which involved a plus-size female lead, and that was the end of that. It wasn’t about the size after that; it was about Roselyn Ngissah’s brand,” she explained.

Roselyn Ngissah talked of weight loss. ‘Roselyn, you know what you need to know to lose weight,’ my friends would say. I still try to initiate the process of achieving my goal, but I eventually give up and stop.”

In an address to her fellow plus-size creatives, she advised them to do what makes them more good in terms of their weight, just not to do so under duress.

“If you need a lipo to feel better, go ahead and do it, but not because of the pain. I’ve always felt that you should be at ease at all times. So, if there is something about you that makes you feel insecure and you want to change it, you can do it if it would make you happier. It shouldn’t be due to external pressure.”