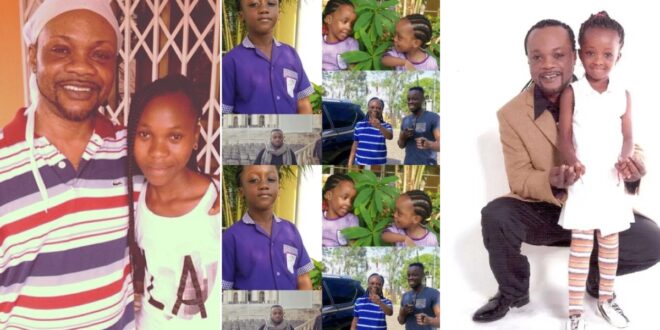 Pictures of Daddy Lumba and his children surfaces online (photos)

Here are some recent pictures of Daddy Lumba and his children that have captured the hearts of Ghanaians.

Charles Kwadwo Fosu was born on the 29th of September 1964 in a village named Nsuta Amangoase in the Sekyere Central District, near Mampong in Ashanti Region.

He’s the country’s biggest music star. He is commonly recognised as “mmaa kojo” in Ghana.

Daddy Lumba is not only a singer but he still entertains many fans.

Daddy Lumba has touched so many people and brightened so many faces through his music. Thus, we can celebrate him.

Here are some pictures of him and his kids.