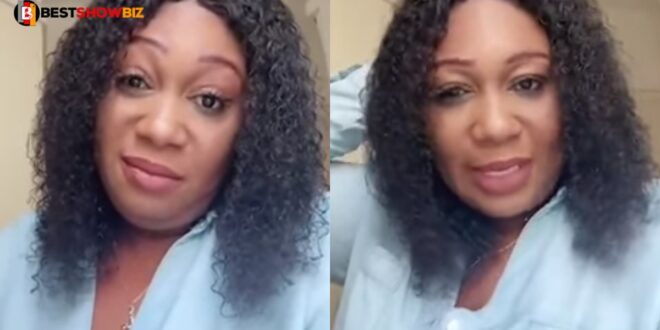 “I want a boy who wears earrings, drinks alcohol, and is good in bed”- Sugar Mummy searching for a boyfriend

A Ghanaian sugar mummy on Tiktok is raising a commotion with her wish list for her boy toy.

After her last sugar son left her to become a priest, the old woman says she wants a new sugar son.

She said she has no regrets about her ex-boyfriend that left her and went on to describe her ideal new gigolo.

According to her description, she wants a nasty boy who is sluggish and poor, allowing her to control him.

She clearly stated her guy had to be unemployed, has tattoos with a lot of ear piercing, is a weed smoker, and also a heavy drinker, she said.

She doesn’t want someone who will hold back and be a gentleman when they go out drinking.

Her other specs are shown in the video below.