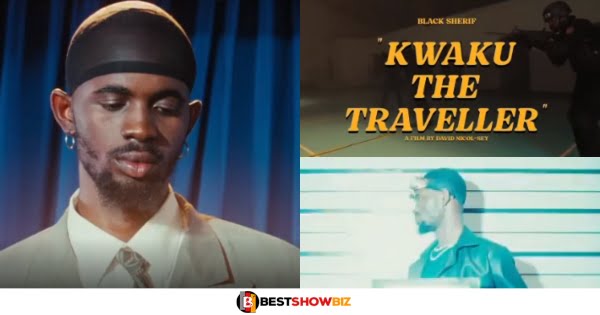 In his most recent interview with ZionFelix, he confirmed this.

In less than twenty minutes, the teenage musician wrote his popular song “Kwaku The Traveller.”

The song came to him after his producer, Joker, played a beat, he claims.

Sherif says he wrote the first lyric while the beat was being played, “Kwaku murderer don’t lie when I say I did it…”

After penning two lines, Black Sherif remarked that the rest of the piece came naturally to him.

He revealed that he like to walk with his producers because they produce music all over the world.

Sherif also mentioned that he had a large number of unrecorded tunes on his phone.

Below is the complete interview.