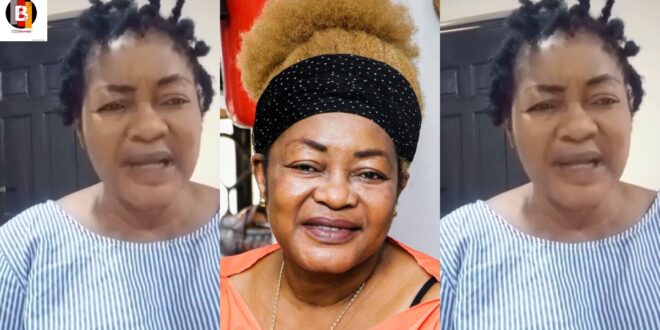 Christiana Awuni, a Ghanaian Kumawood actress, has come up to discuss the reasons behind her decision to stop attending religious services.

According to the richly endowed actress, several pastors attempted to take advantage of her when she wanted to worship with them at their church, which she found to be a turnoff.

While speaking with celebrity blogger Zionfelix, the actress, who appears to be in good health despite her advanced age, expressed her dissatisfaction with the charlatans who prey on the faithful in the Home of God, and expressed her desire to have a personal relationship with God in His house.

Christiana Awuni went on to say that she no longer feels the need to attend church as a result of a negative experience she had with some of the pastors, which has resulted in her opting to stay at home on Sundays.

Read Also  Give what belongs to Ceaser to Ceaser - Despite son, Saahene says as he drops new stunning photos