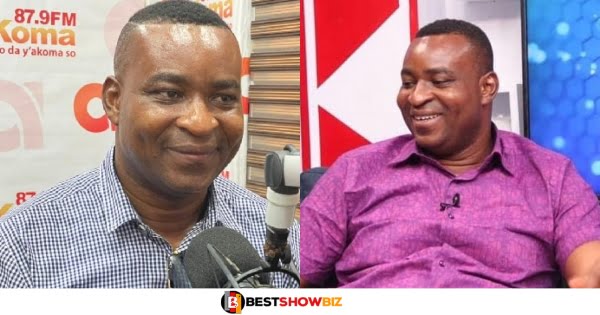 Bernard Antwi-Bosiako, aka Chairman Wontumi, the Ashanti Regional Chairman of the New Patriotic Party, has refuted claims that he struggles to articulate himself in English.

According to the businessman, he is confident in his abilities because he can effectively communicate whenever he transacts business.

After all, what matters is that I can communicate well and earn money, he explained.

Wontumi stated that he studied General Arts in secondary school and that the student who used to be at the top of his class was now a police officer [working for the state to be paid] while he (Wontumi) was in business [working for himself to get paid].

“…We go there [secondary school] to make friends and also to have information that will help us in future,” Mr Boasiako said in an interview on the Delay Show which was aired at the weekend.

When asked further about why he fails to express himself in English, Chairman Wontumi revealed that while in London, he made sure to solely focus on the expressions that would be beneficial to him.

I don’t speak useless English, I speak English that would bring in money that would make my workers comfortable and expand my companies, he said.

Chairman Wontumi’s query in the televised interview with Delay was based on the fact that some of his old Prempeh College pupils have been criticizing him of not speaking very good English, despite the fact that he was educated at one of Ghana’s premier boys senior high schools.

Wontumi drove his Ferrari to the Prempeh College campus in September of last year, claiming it was to motivate the pupils.

“When I was coming, I was using my Ferrari, so they said one teacher came and said the noise is big. This is what God has done, if you are rich, the signs will tell you this guy has changed,” Wontumi said.

“I was average student (sic), I was always last but 10 in school… So we are here to make friends and integrity and for you to increase your wisdom. What the teachers teach us in class is just the certificate for us to go out and practice it there”.