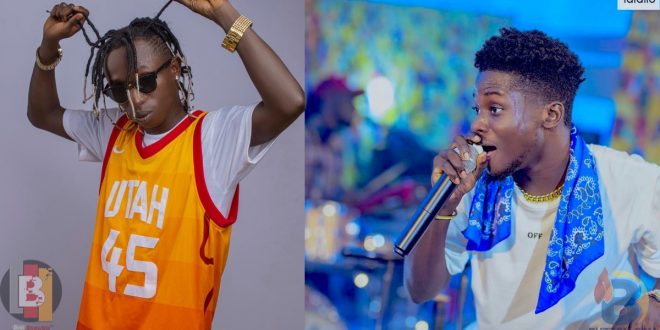 Ghanaian musician Patapaa has once again taken a swipe at his fellow musician Kuami Eugene.

the issue between Patapaa and Kuami Eugene seems to not end now as the ‘One Corner’ crooner goes had on the ‘Angela’ hitmaker.

their issues started when Kuami Eugene stated in a TV interview over a year ago that he will never collaborate with him because his songs are noisy.

well, Patapaa in a new interview with Larry on TV Africa says Kuami Eugene is an evil person who wants to destroy his career.

in the interview, Patapaa said;

“God blessed him with ‘Angela’ and I with ‘One Corner’ and yet he wanted me to lose my daily bread. Anyone who behaves the way Kuami Eugene did is your Lucifer.”