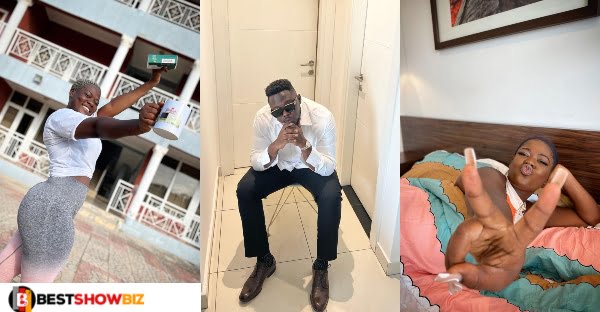 “I realized i was the one following him” – Asantewaa explains why she unfollowed Medikal on Instagram.

Ghanaian tiktoker Asantewaa has admitted to unfollowing Ghanaian musician Medikal on Instagram as she has also detailed the reasons for her action.

According to Asantewaa, both of them were previously followers of each other, but Medikal felt too bossy and unfollowed her, so she had to also do the same.

The two controversial personalities are therefore apparently out of each other’s lives for good now.

Asantewaa revealed this during an interview after she was asked why she doesn’t follow the AMG rapper.