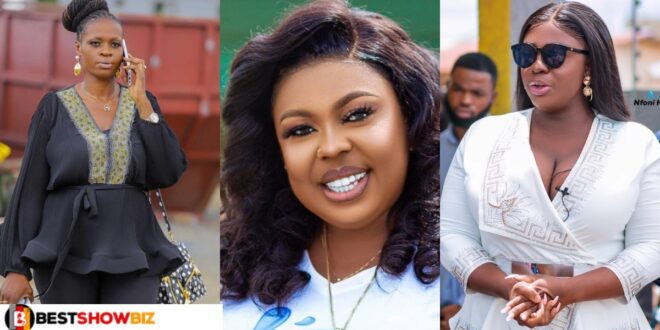 Afia Schwarzenegger has stated that Tracey Boakye has been her sole friend who has remained true to her throughout the years, which is why she did not allow Ayisha Modi to come between them.

Afia Schwarzenegger and Ayisha Modi have been at odds for quite some time. Their “disagreement” became so bad that they began leaking information about each other on their various social media channels.

Afia Schwarzenegger revealed in a recent interview with Abeiku Santana how she persuaded her “bestie” Tracey Boakye to block Ayisha Modi.

Afia, on the other hand, stated that when she was close to Ayisha Modi, she received a brand new phone and a sum of 2k Cedis that she liked.

But when Ayisha began warning her to be wary of Tracey Boakye, they decided to permanently block her.