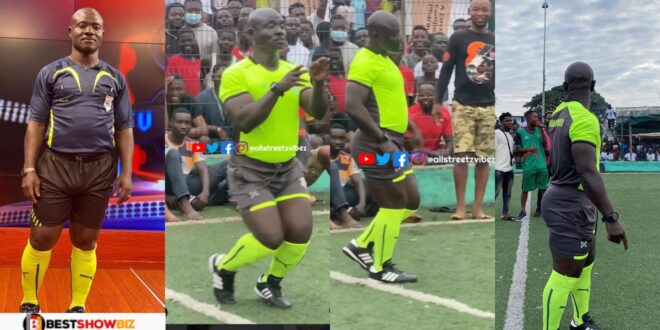 ‘I need a sponsor to be a professional referee’ – Dancing referee, Somo

His refereeing style, which includes dancing, has earned him the admiration of many people, including those who have never met him in person.

A lot of people have been asking themselves whether he is a professional referee, but he has now disclosed that he is not yet licensed to officiate official games.

“I officiate matches in communities within Accra. If I’m invited for such matches, I’ll gladly honor it,” he told Pulse Ghana.

“I’m not a professional referee but I officiate exhibition matches for some Division One and Division Two teams.”

Notably, while Referee Somo has stated that he is not yet a professional referee, he has noted that he is prepared to enroll in a refereeing course if a generous individual chooses to sponsor him.