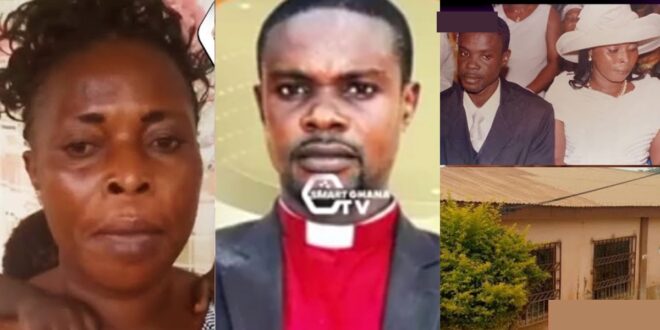 “I Married You When You Had Just 2 Trousers” – pastor’s wife fumes and closes down his church for cheating.

The surprising moment a Ghanaian woman married to a pastor exposed him for having an affair with another woman is captured in a viral video noticed by our organization. The pastor’s wife, who was agitated, spoke up, claiming that she married her husband when he had no name and no money.

Apostle Patrick Owusu has since been named as the man of God who leads Power of Light Anointing Ministry International.

She made her husband look dumb in the eyes of some church members after she discovered that her beloved husband had been cheating on her with another young woman. Nana Akua also revealed that she used the money she had set aside for the construction of her house to marry the man of God.

To get the full idea, watch the video below.