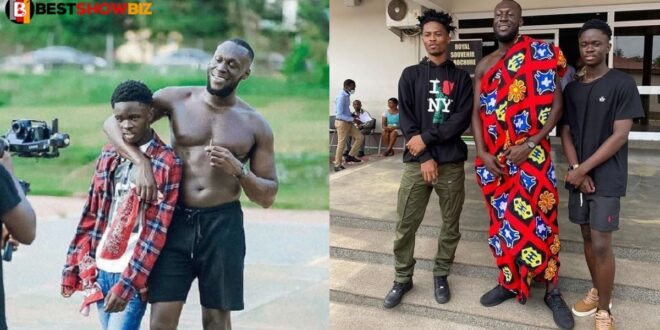 Yaw Tog, the current winner of the Vodafone Music Awards’ Hip Hop Song of the Year, has claimed that he was the one who popularized Stormzy from the United Kingdom in Ghana.

In an interview with MzGee on TV3, the Sore hitmaker said that he increased Stormzy’s popularity in Ghana because many people were unfamiliar with him.

“In this market, he increased my popularity. I also helped him gain popularity in Ghana, where many people were unfamiliar with Stormzy “, stated Yaw Tog.

The musician known as the Young Bull, on the other hand, confessed that Stormzy was the one who got him famous in the music industry.

After his song Sore created ripples in Ghana and grabbed the attention of the UK-based musician, the young artiste soared to fame.

To demonstrate his support for tremendous talent, the Blinded By Your Grace singer traveled to Ghana to work on a remix of Sore with Yaw Tog.

With the aid of Kwesi Arthur, the pair worked their magic on the song and managed to generate a smash, just like King Midas.

The song received one million views in less than three days after its debut on YouTube, making it one of the rare Ghanaian songs to do so in such a short time.

Yaw Tog was named winner of the Hip Hop Song of the Year category at the recent VGMAs, riding a high wave that swept the song throughout the continent.