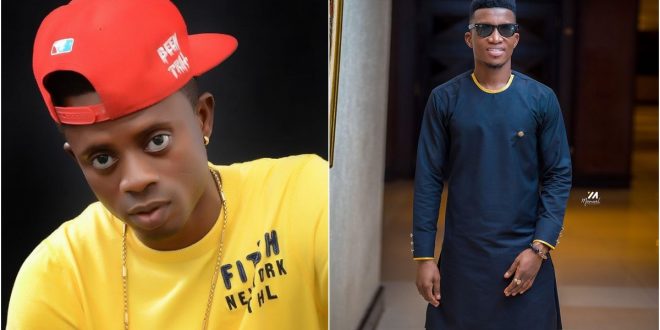 Popular Ghanaian-Takoradi based rapper Kofi Kinaata ha revealed that he used to run errands for Hiplife artiste, Old Soldier who is now called Asa Khalifa before he became popular on the scenes.

speaking in an interview on Beach 105.5 FM in Takoradi, Kofi Kinaata disclosed that his humility brought him to where he is now.

the ‘Nipa Nua Ne Nipa’ hitmaker stated that he served Asa Khalifa very well when he was nobody, going up and down with the highlife legend during those times.

“The start of everything never comes easy, I use to visit Old Solder now known as Asa Khalifa in Accra when I was still underground, he goes with me to his programs, I sometimes carry his bags to various shows”.

“I was cleaning his shoes even before he leaves the hotel to perform. It helped me because people even recognized me early when I started my own projects too, ”