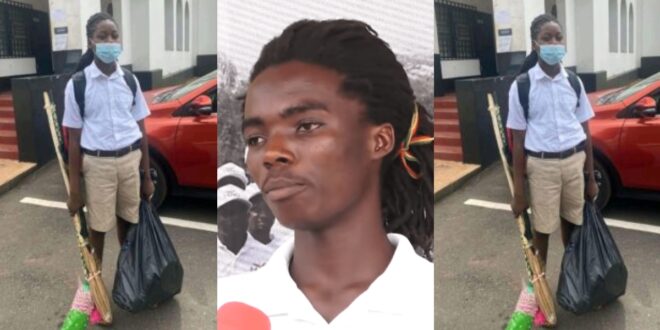 Tyrone Iras Marhguy, a Rastafarian student who was denied admission to the Achimota School, expressed surprise at the school’s lack of concern for his academics in favour of his dreadlocks.

His ambition has always been to attend the Achimota School, which has produced a variety of notable individuals.

“Getting first choice, Achimota was one of the very schools I’ve always wanted to school at, so I was expecting them to welcome me,” he said. “But then thinking of taking in the hair issue and telling me that because of your hair, you put aside academics and everything and just concentrate on the dread first, I was really shocked and surprised,” he said in an interview with Accra-based Citi TV, which was restreamed online.

Tyrone Iras Marhguy, who was declared the best student in his grade, said that if his school declines to accept him, he will join his sibling at St John’s, which welcomes people with dreadlocks.