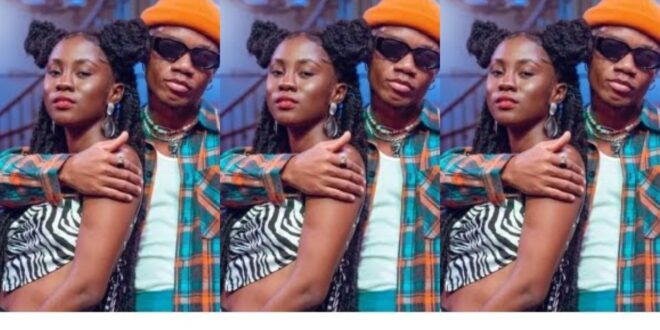 Cina Soul has confirmed that she is not dating singer Kidi, putting an end to years of speculation about their romantic relationship.

During an interview on Onua 95.1 FM, the singer known for “Ojorley” indicated that although she wouldn’t mind dating Kidi, it’s possible that they won’t end up together in the near future.

The winner of the Vodafone Icons competition in 2014 stated that the two of them like each other and have a pleasant vibe, but it is unlikely that they will ever engage in a romantic relationship.

When asked why she and her best friend might never get romantically involved, she responded that it’s because they value their friendship too highly to risk damaging it with a love connection.

Read Also  Video: "I want to have sęx with both Cina Soul and Mzvee"- Lawyer Nti

She also said that they have never talked about dating each other or what would happen if they did, but they both know it wouldn’t be a good idea.