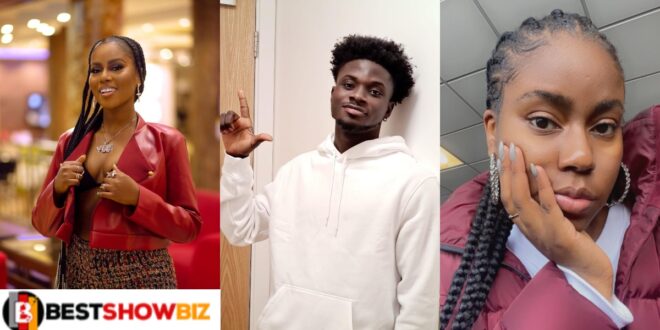 Kuami Eugene, a Ghanaian musician, has revealed that she and songstress MzVee do not communicate much.

The two acts, who were label mates at Lynx Entertainment, are now worlds apart, sparking speculation that they are feuding.

Despite the fact that Kuami Eugene did not confirm any grudges between the two of them, the singer stated that the two of them haven’t spoken in a while. He admitted that he didn’t even have her phone number.

Read Also  The "fake is award" - Berla Mundi trolls herself as she reacts to Dr. UN's award

Overall, Kuami Eugene stated that the two of them do not have the best of friendships right now.