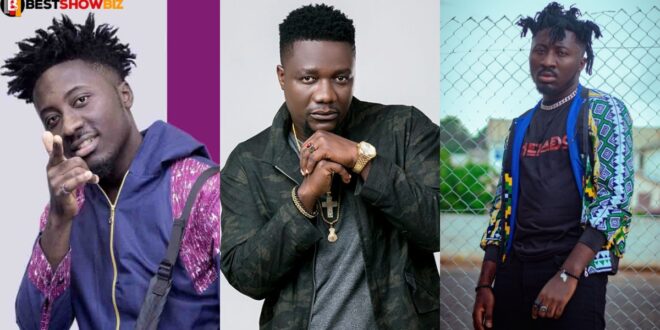 The situation between Amerado Burner and Zylofon Music artist obibini is well-known within the entertainment business.

Obibini believes Amerado threw a shot at him in his Tim Westwood Freestyle, and the two rappers have been beefing for the past two days.

In an interview on the “Uncut Show,” Zion Felix spoke with Obibini in an attempt to learn more about the origins of the feud.

Amerado Burner requested him for a collabo, but the rapper, who goes under the moniker “Rap Wudini,” informed Zion that he couldn’t find the time.

He went on to say that he doesn’t know if it’s because he couldn’t give him the collabo that he became enraged and started shooting at him.

Here’s the link to the complete interview: