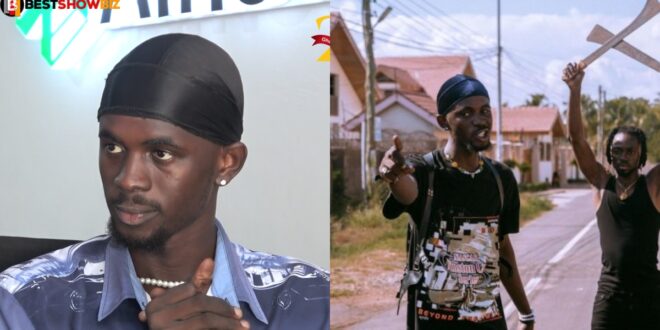 I am just 18-years, the pressure is too much – Black Sherif claims.

Black Sherif, a fast-rising Ghanaian musician, has finally let the cat out of the bag as he issues a warning to those who feel he has made it in life after his first and second Sermon songs went so viral.

According to the Konongo based artist, he has been receiving calls from individuals who believe he has abandoned them since his success.

In a video, as we sighted, Black Sherif stated that he is just 18 years old and that the strain that has been placed on him as a result of everyone talking about him on social media after the release of the second sermon banger is too much for him.

People who have been calling him to complain do not know what is going on inside, according to the musician, who has become a threat to poverty according to many Ghanaian music enthusiasts.

below is his video: