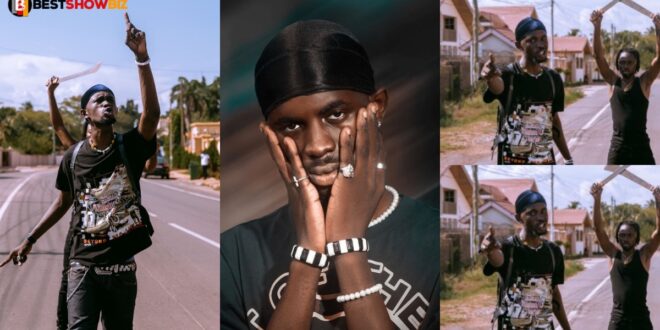 After Netizens complained, Black Sherif explains the use of cutlasses in his second sermon Video

Following the success of the “first sermon,” the current music superstar, Black Sherif, has released the “second sermon,” which is currently trending on all social media platforms in the music industry.

The song’s video is doing well on streaming services, with over 500,000 views on YouTube.

The video used some young imagery in an attempt to sell the youth’s suffering. The video features eye-catching symbolism, making it the number one trending music video on YouTube right now.

An image of two crossed machetes that appear in the video and in the song’s graphic design draws the eye.

Black Sherif has spoken out about the meaning of the machetes used in the video. He dismissed accusations that he was advocating violence.

He claimed that he merely used the machetes to illustrate what he saw on the streets with the youth he represents.

Blacko went on to say that the song was created to bring the condition of the country’s youth to the attention of the government and opinion leaders.