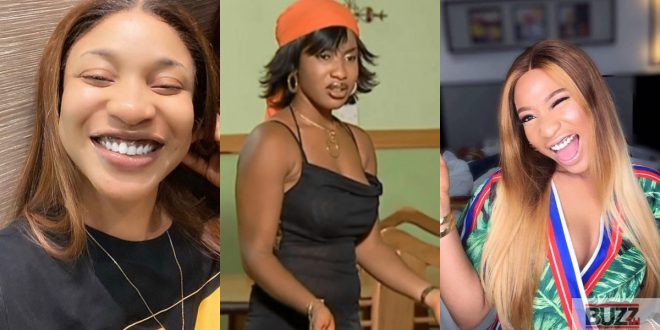 Tonto Dikeh, a popular Nollywood actress and philanthropist, has claimed that she is a gold digger who only pursues wealth and goals.

The actress is known to have suffered several heartbreaks as a result of her generous nature in her relationships, which attracts men.

On Instagram, she recently stated that a man must have money and everything before she will accept his proposal. She also stated that she has stopped giving money to men after the man shoots her a shot in the face.

In her most recent Instagram post, the actress stated that she is currently digging gold and pursuing her dreams.

People with weak gold, she claims, should avoid approaching her because she will not pity them and will dig it into their future.